What Is Mid-Century Modern Style?

It's not unusual for styles from another era to make a comeback, and this is certainly true of mid-century modern. Learn where this iconic style came from and why it's still so influential in home design.

The Origins of Mid-Century Modern

The century referred to in mid-century modern is the 20th, specifically the years immediately following the Second World War, from the mid-1940s to the late 1960s. During this time, North America enjoyed a booming economy and a booming population.

With so many young families buying and furnishing their first homes, suburbs grew with newly constructed homes that reflected new building techniques and the populace's desire for features that reflected their optimistic outlook. They wanted their homes to be different from those built a century before; they wanted more windows, more family-oriented gathering spaces, more efficient and functional designs. Parallel advances in science and technology brought new materials, textures, effects and forms to these homes. The resulting aesthetic is what we now call mid-century modern. 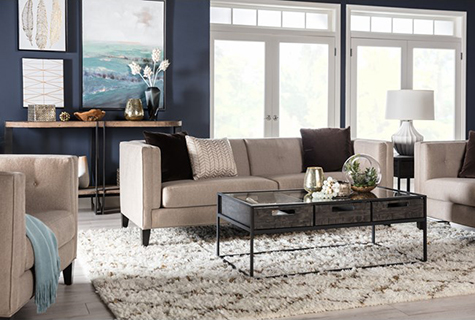 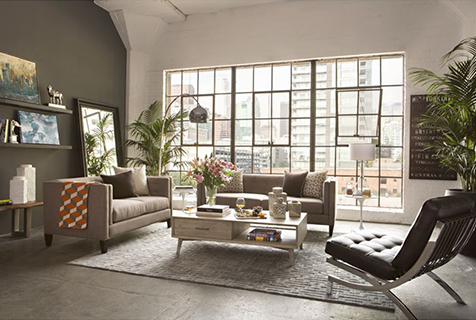 To meet the desires of new home buyers, builders and designers experimented with form and materials. Because new homes were generally small, it was a necessity that space be used wisely and efficiently. Designers such as Charles and Ray Eames, Arne Jacobsen, George Nelson and Harry Bertoia created iconic furniture and lighting that are easily recognizable even today. 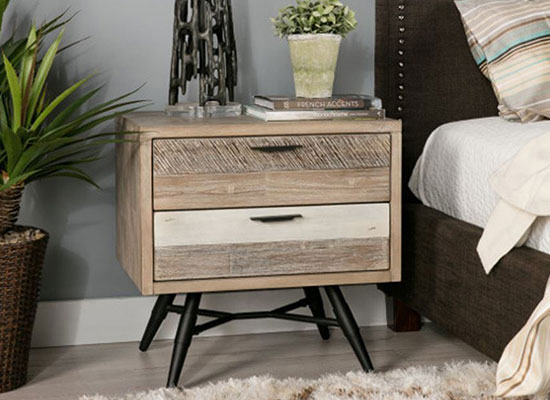 People wanted to put the war years behind them, and they embraced the new and modern. Gone were the overstuffed, overfilled rooms they grew up in, replaced by decor with clean lines and minimal fuss. 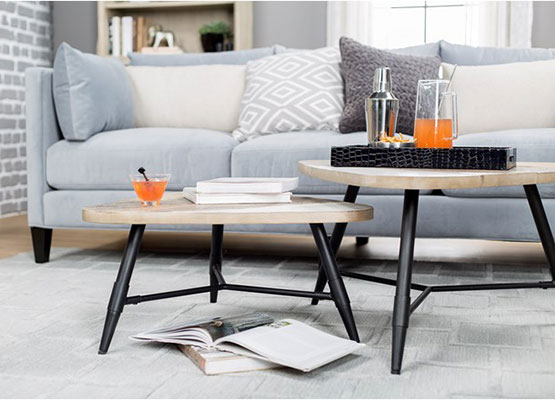 Forms are organic and geometric

Houses with lots of windows invite the outside in, and mid-century modern style reflected this in organic and geometric patterns. Natural materials like wood, metal and leather were in demand. Bold patterns brought visual focus to lean, uncomplicated rooms. 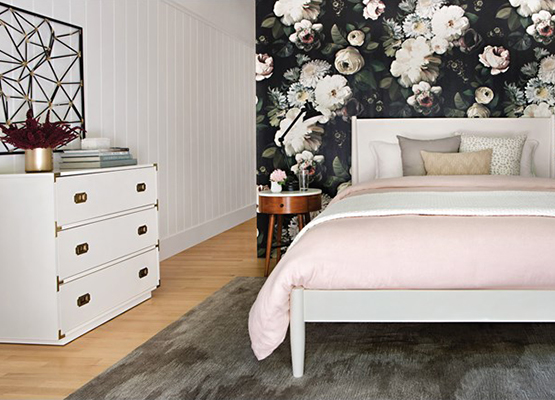 Floor plans were designed so that every room had a purpose and anything unnecessary was omitted. Multipurpose furniture was sought after because it conserved space. Popular pieces stacked, folded or nested. 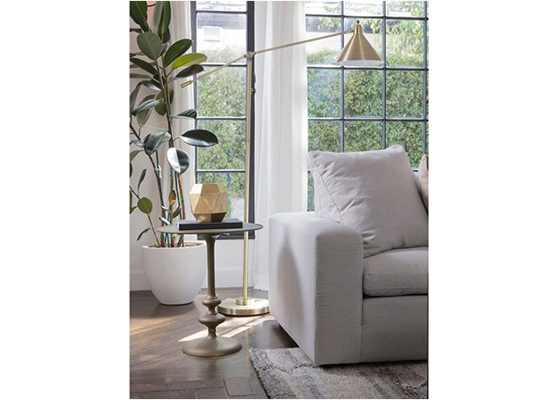 Materials are used in unexpected ways

This was the period when new materials like plexiglass and fiberglass found their way into home furnishings. Fiberglass and plywood were molded and bent to fit the curve of the body. Tubular steel and leather strapping were used to create comfortable cantilevered chairs. Plexiglass was formed into clear organic shapes such as coffee and end tables.

Ever look at pictures of mid century modern and Scandinavian styles and find it hard to discern the difference between the two? You can stop kicking yourself – there’s actually a reason for it, and it has nothing to do with how well-versed you are in design. Scandinavian design, which is marked by simplicity and practicality, saw a growth spurt in the 1950s – the same exact time that American mid-century modern rose to fame.

The influence of American design on Scandinavian and vice versa, though gradual and lacking a concrete “point” at which it came about, is undeniable. While each carries its own spin on modernism (Scandinavian, in particular, favoring brighter colors and lighting and American favoring a darker palette). The two, however, also share an abundance of similarities – from warm tones, modular lines and “futuristic” materials like plastic and steel.

Even the Architecture Reflects It 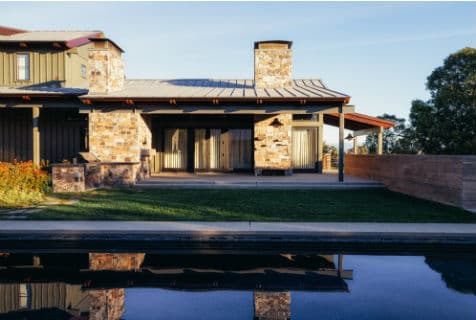 Mid-century modern style wasn’t – and isn’t – limited to home decor. Not only is it found in the design of the homes themselves, it also plays a crucial role in the history of American architecture. (It is often  considered that architecture came first – and the decor and design trends followed.) Homes everywhere were being built with lower roofs, bigger windows and more open floor plans – influencing and being influenced by the sleek, practical furniture designs within them.

Because low roofs and multipurpose, open floor plans boomed at the same time as mid century modern style, it is often assumed that the former magically sprung from the latter. But the evolution of the style wasn’t quite so simple. To trace the roots of the mid-century aesthetic, you have to backpedal a little further down the timeline – in particular, to the early 1930s, when ranch houses lined the west coast.

With their low roofs and multipurpose, open floor plans (sound familiar?), ranch homes were in high demand due to their ability to help keep heat out – a coveted trait for those living in farms, deserts and other wide open spaces in California. Itself influenced by Frank Lloyd Wright’s Prairie Style Homes of the early 20th century, the ranch style house would soon weave its way into the fabric of California society – going on to pave the way for the coming mid century madness across the nation.

How to Use Mid Century Modern Style in Your Space

If you want to bring the mid century modern style into your home, try not to go all-out, all at once (as tempting as it may be!). Many pieces of mid-century modern tend to be bright and bold, so a space decked out in the full aesthetic may feel a little overpowering. This is especially true if you’re buying pieces just to buy them; as with other styles, make sure to build your vision slowly and steadily. 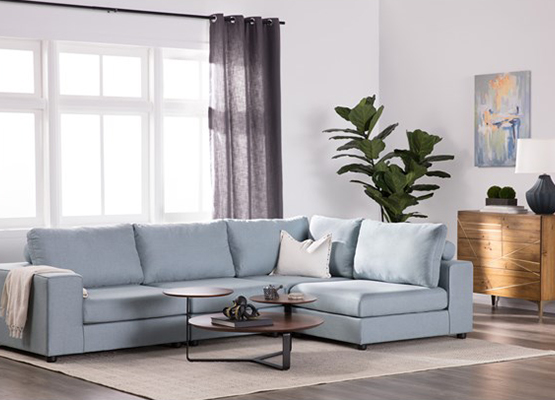 Today, people move more frequently than in the past and often live in small urban condos or apartments. The clean lines, organic curves, mix-and-match materials and multifunctional designs of mid-century modern are the perfect match for this lifestyle. These simple, well-designed objects are timeless, and they still feel fresh. 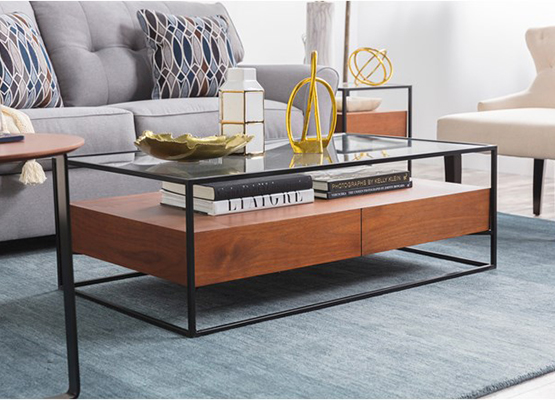 While you can seek out authentic mid-century modern pieces, it isn't necessary to spend tons of money to get this look. Current manufacturers have adapted the most sought-after mid-century modern furniture and design elements to suit contemporary life by updating fabric and material, and new manufacturing techniques help make these pieces very affordable. Look for furniture that has geometric, curving lines and multiple uses. 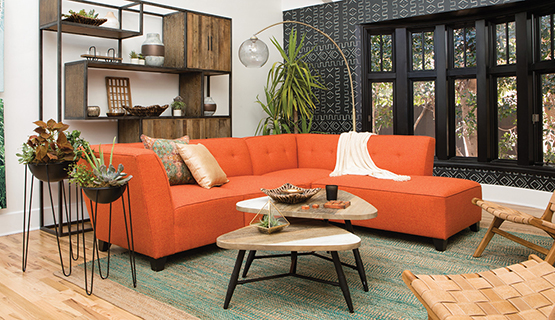 Midcentury modern colors were often bright or saturated and emphasized certain design elements. These colors aren't as popular today, but you can still achieve this look by tempering one colorful statement piece with more neutral or muted colors.

The key to bringing midcentury modern style into your home is not trying to replicate it exactly. This will only look outdated. Start with basic, iconic midcentury modern armchairs or a table, and work out from there. Avoid clutter and, instead, embrace negative space.

One of the best ways to understand the force behind the sudden surge that was mid century modern in the ‘50s and ‘60s is by taking a closer look at the global Space Race that was happening at the same time. When it came to space, and in particular successfully sending off an orbiting shuttle, the Soviet Union and the United States were in a head-to-head battle to see who could do it first.

The effects of America’s obsession with the future – and the science and tech associated with it – rippled onto a domestic level. Objects, clothes, homes and even TV shows (we’re looking at you, Jetsons!) took on a new, more futuristic life.

Just a couple hours’ drive from the bustling hub that is Los Angeles, Palm Springs quickly became the getaway spot for celebrities as showbiz boomed in mid-century Hollywood. As more and more vacation homes for the stars were built in the area, what was once an overlooked desert city grew to become one of the most luxe resorts in America. To this day, Palm Springs has not lost its “mid-century magic”; turn any corner to find an iconic low roof home here, a vibrant orange-and-brown color palette there and charming, 1950s-inspired, Warholesque wall art – everywhere!

Stuck in the Middle

Watch: Get the Mid-Century Modern Look 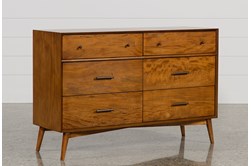 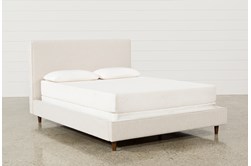 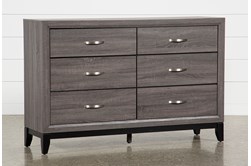 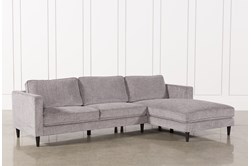 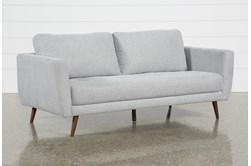 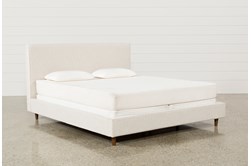 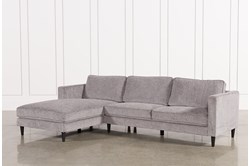 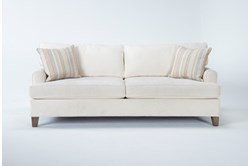 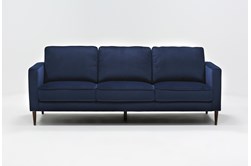 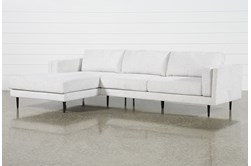 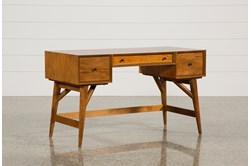 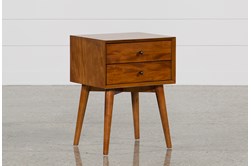 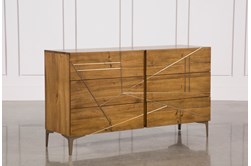 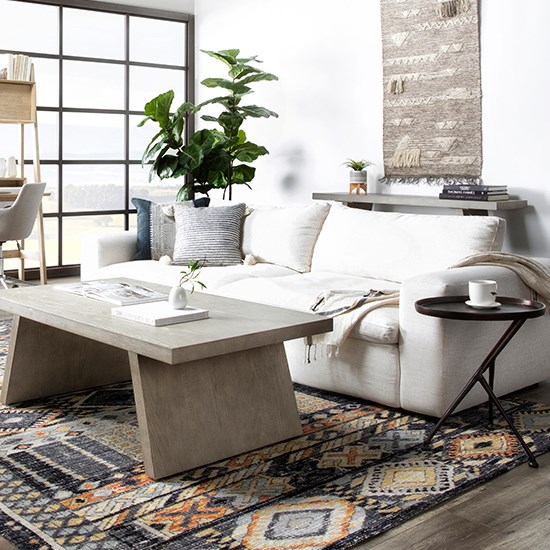 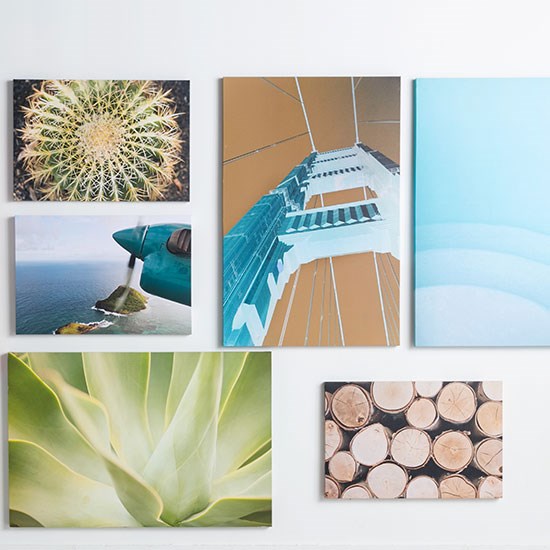 This maintenance is scheduled to start in about 69943257 hours and 5 minutes, and should last about just a few seconds