Mid-century modern, when done correctly, has a homey effect: a room suddenly feels more inviting and more stylish. Take a cue from the ideas here, which feature clean lines, bold colors and soft textures. (Whether you’re in search of the perfect mid-century accent chair or just browsing for retro inspiration, this is one set of images you’ll want to save for future reference!) 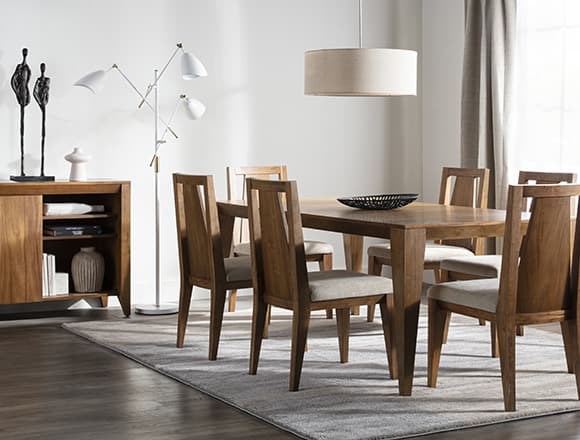 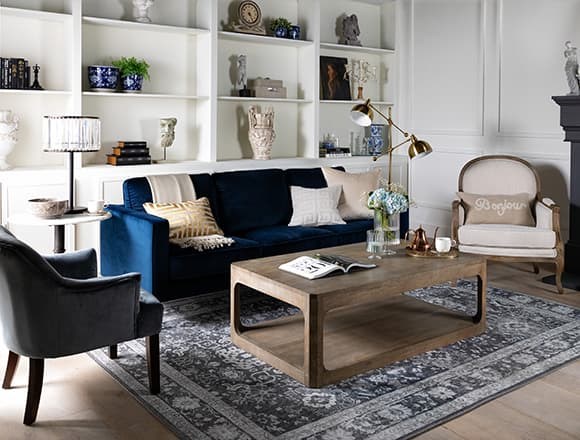 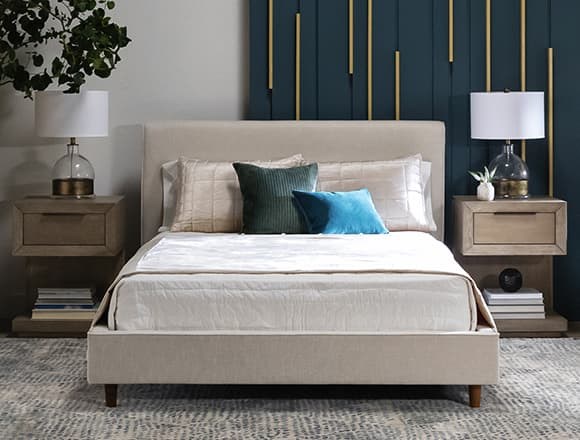 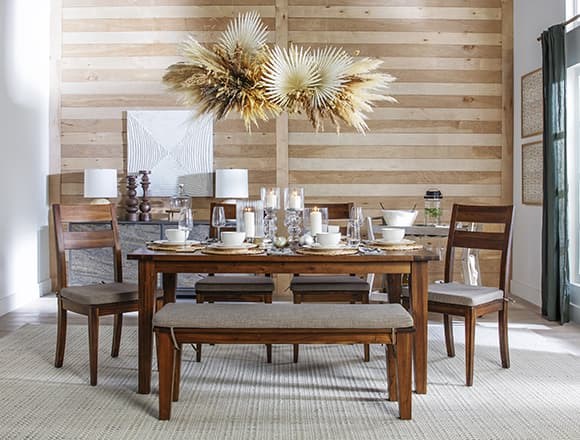 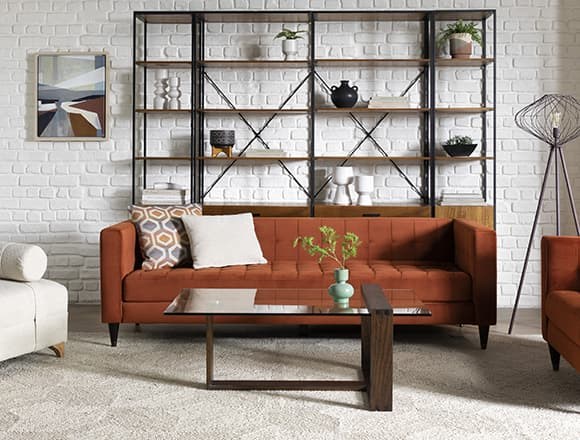 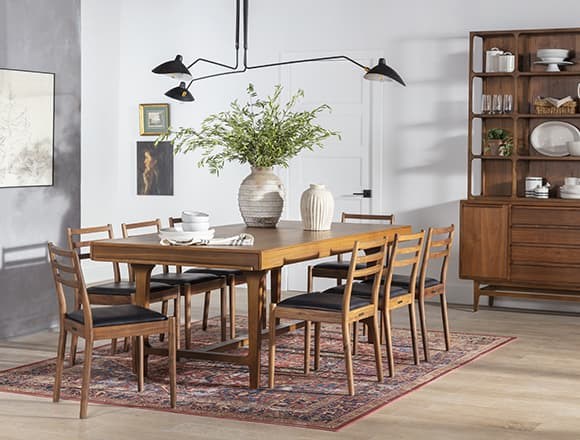 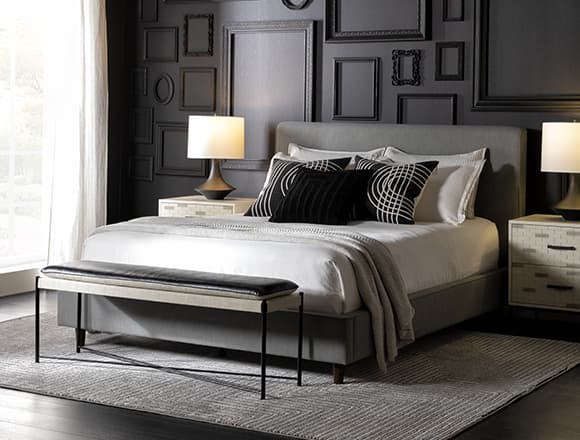 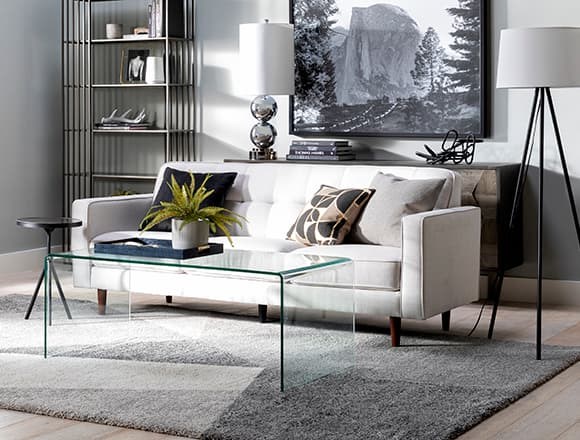 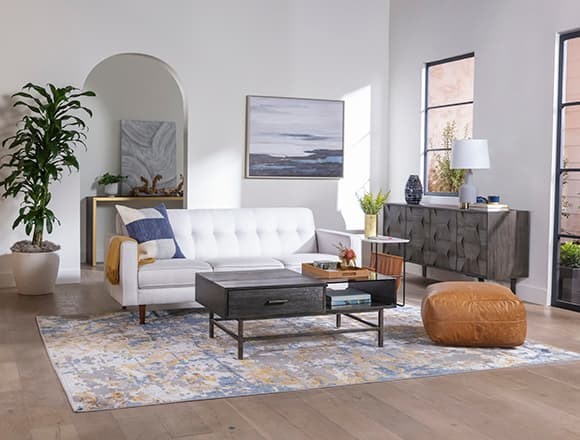 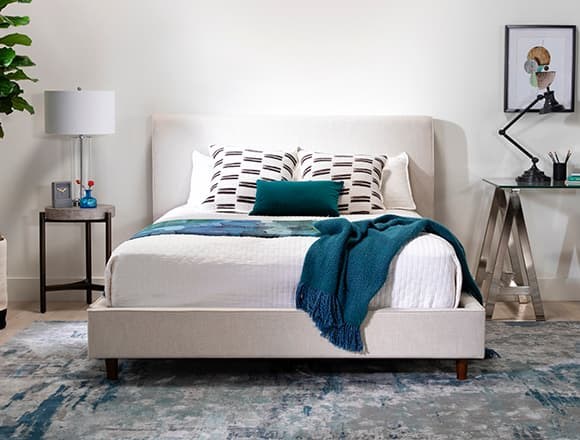 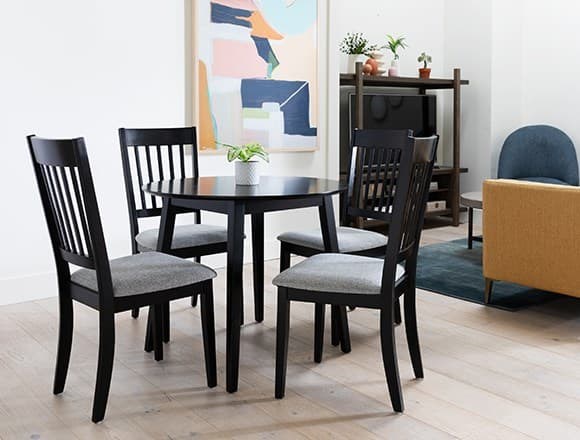 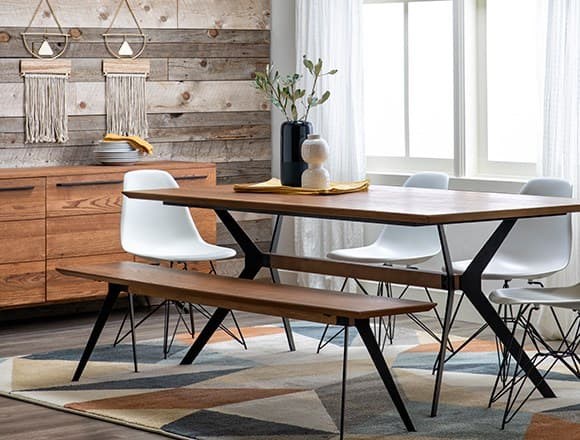 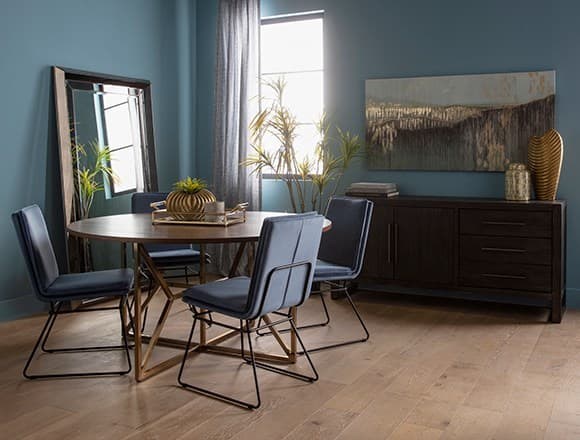 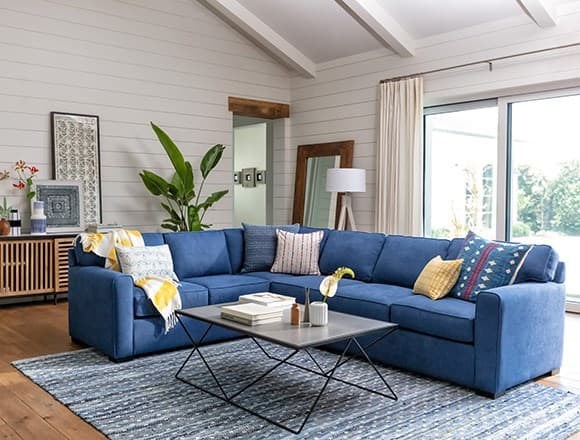 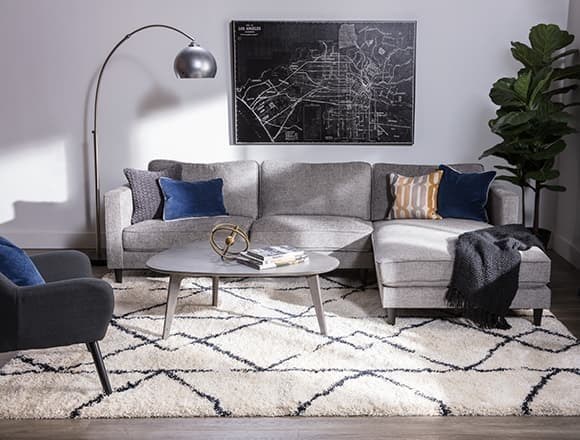 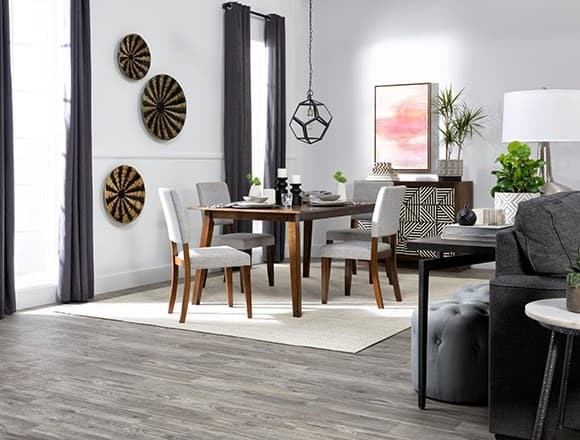 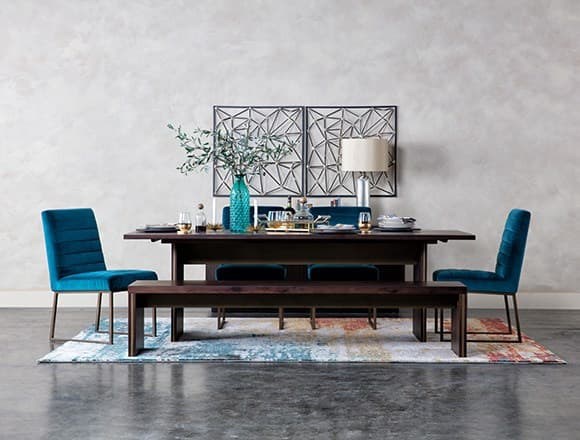 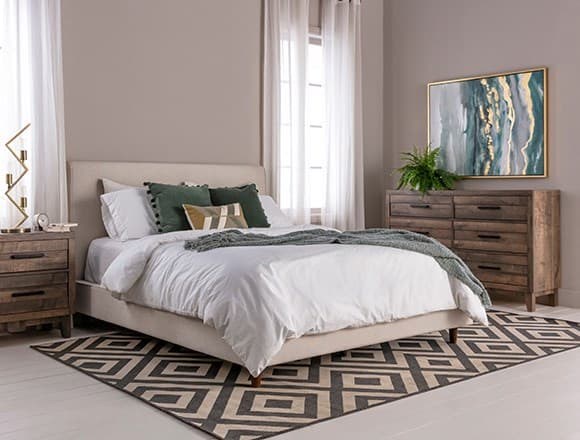 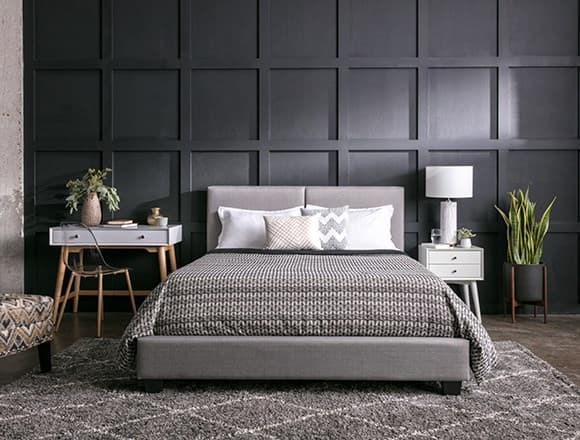 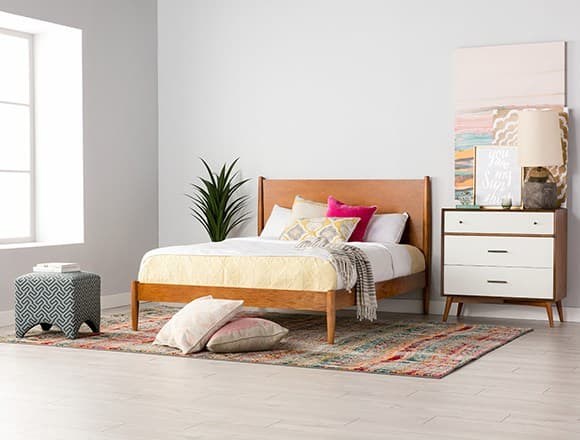 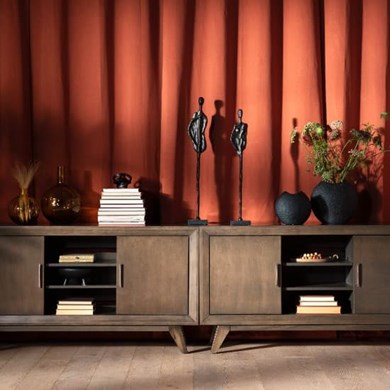 Styles What Is Mid-Century Modern Style? 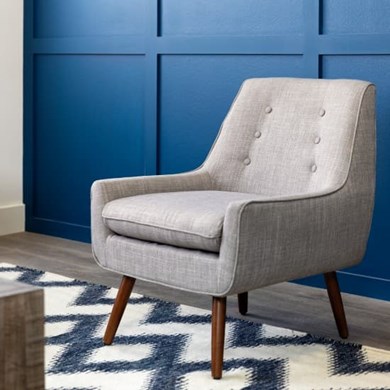 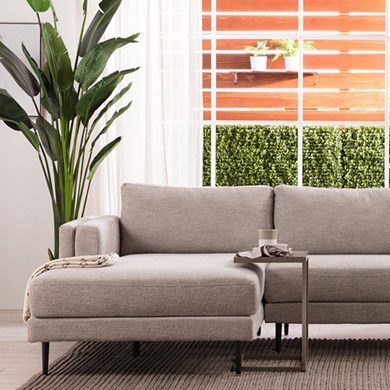 Guides Furniture Lifespan Guide: When to Replace Your Furniture 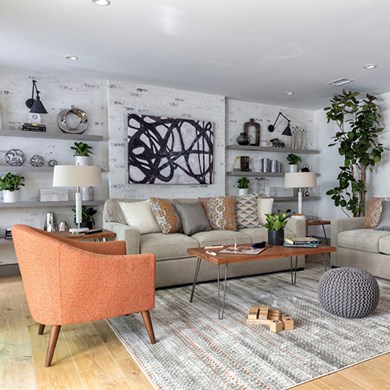 Give your home a sophisticated modern twist with the mid-century modern style!

What Is Mid Century Modern Style?

Mid-century modern is a term used to refer to a type of interior design that was made popular in the middle of the 20th century. Featuring sleek lines, flared silhouettes, pops of color and a breezy, open ambience, mid-century modern is often described as ‘modern with a twist.’

When styling a bedroom in the mid-century modern style, incorporate natural colors and subtle flair into classic silhouettes.

The bed. Few things encompass the mid-century style quite like the sleek silhouette of a platform bed. To seal in the look, go for tapered legs and an earthy monochrome finish.

The nightstand: In interior design, matchy-matchy may not always be a good thing, but in developing a pulled-together mid-century modern look, it’s practically a requirement – especially when it comes to beds and nightstands. A nightstand in the exact same shade and style as your bed will deliver a uniform aesthetic, vintage appeal and sleek class.

The dresser: As long as your bed and nightstand are coordinated, the dresser is a great place to incorporate an accent of color into a mid-century modern bedroom. Go a tone darker than the rest of the décor for a calming ambience and a shade lighter for a pop of energy.

Low profiles and geometric shapes seal in a mid-century modern look in any living room.

The coffee table: For full-on mid-century modern, go full-on minimalistic. A slim tabletop with slender legs and an oval silhouette is simplicity at its most charming.

The sofa: When choosing a sofa for your mid-century modern living room, look for vintage and minimalistic details, like tight backs, button tufting, and – again – tapered legs.

The TV stand: Whether it’s a small TV console or detailed entertainment center, the best mid-century modern TV stands should keep the focus on clean edges and smooth, refined textures.

The Dining Set: If you’ve take anything from this guide, hopefully it’s this: when it comes to details, tapered lines will steal the show. To this rule, dining sets are no exception. Dining chairs with turned backs, buffet servers with flared handles and tables with crisscross legs will both define and open a space and confirm the timeless elegance that is mid-century modern.

This maintenance is scheduled to start in about 69930343 hours and 29 minutes, and should last just a few seconds