Credenza vs. Buffet vs. Sideboard: What’s the Difference?

A credenza is a storage design close in nature to sideboards, buffets, hutches and even TV stands. Originating in 14th-century Europe, credenzas today remain staples in modern homes, beloved for their sleek aesthetic and practical storage functionalities.

What’s the difference between a credenza and a sideboard?

A credenza is a piece of storage furniture built with no (or short) legs. As a result, a credenza gives off a low-to-the-ground appearance, often fitting in with the mid-century style of design.

A sideboard is also a piece of storage furniture; where the two differ comes down to looks. While credenzas encompass a low, simplistic shape, often with cabinet-style sliding doors, sideboards tend to be bigger, equipped with high legs and dresser-like drawers.

Can I use a credenza as a TV stand?

A credenza can be used as a TV stand – so much so, in fact, that there is a whole subcategory of credenzas known as ‘TV credenzas.’

Where a traditional TV stand and a traditional credenza differ, however, has to do with aesthetic and storage capabilities. A credenza is lower, sleeker, and contains more inner compartments than a TV stand.

What is another word for credenza?

For better or for worse, the term ‘credenza’ is often used willy-nilly to describe virtually any furniture piece used to “store things” or “place things on.” Here are a few synonyms for “credenza” – and other distinct furniture pieces the design is often confused for: 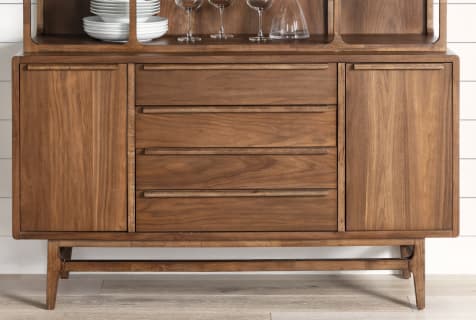 What’s a credenza for office?

A credenza for office involves the use of a credenza as a counterpart to a desk (a home office unit used to store paperwork, books and files); what a buffet is to dining furniture, an office credenza is to office furniture.

What’s the difference between a buffet and a sideboard?

A buffet is similar to a sideboard, differing only in size. Both buffets and sideboards are large, decorative containers, outfitted with cabinet-like doors and/or storage drawers. They are often placed in dining rooms for storing and serving dishes and food, respectively. Buffets are usually larger than sideboards. 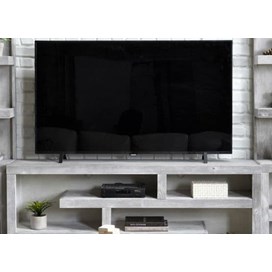 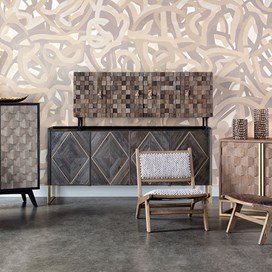 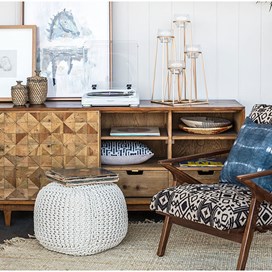 Styles How to Decorate a Buffet 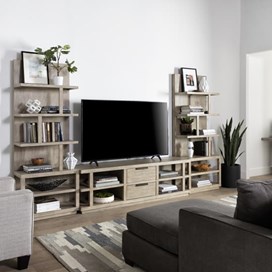 This maintenance is scheduled to start in 69946756 hours and 46 minutes, and should last about 0 minutes